Finally, Microsoft has created the latest version (Windows 11). The Operating System is predicted to be published as one of the best future technologies. Microsoft has stated that they have spent a lot of money on the new changes.

From system fixes in Windows 11 to overhauling the UX display, what do you need to anticipate from the new OS released by Microsoft?

Get to Know Windows 11 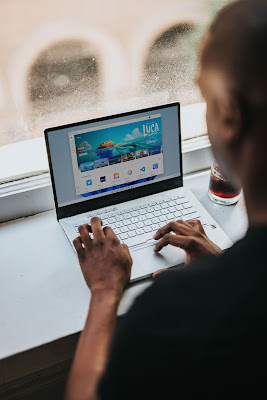 Before reviewing the new features and other information about Windows 11, we must first know the Operating System.

What is Windows 11: OS released by Microsoft to replace its predecessor Windows 10 that allows users to have a different experience. Microsoft said that the UI and several new features in this OS are aimed at increasing the productivity of modern workers.

They also explained that android applications in the Windows Store can be run on the new OS without the need for special modifications. This is of course also related to improving the user experience even though they are working from home.

Microsoft wants to create a fresh and interactive work environment with these new features. The following are some of the main features of Windows 11 that Microsoft fans have been waiting for :

The new windows start menu will appear by default in the middle of the screen, you can also change the settings to display which side you want. and in windows 11 Live Tiles have been replaced with simple colorful icons.
Not only that, a quote from Tom's Hardware, the windows start menu uses a special cloud to help users by displaying applications or documents that you use frequently.

2. Snap layout and snap a group

In Windows 11, hovering over the minimize or maximize button will give you a choice of different snap layouts, based on the device screen size.
For example, if you have three apps open, you'll be offered the option to split them evenly, or have one app take up half the screen and the other two take up a quarter each.

The next new feature of Windows 11 that Microsoft users have been waiting for is the integrated "teams" app. The "Teams" icon is on the taskbar and can be used to make calls to other people using "Teams" on any device, including Android and IOS devices.
You can also send and receive SMS messages from applications similar to this messenger.

In fact, Windows 11 can be updated for free if you previously used Windows 10. This new OS from Microsoft cannot be downloaded arbitrarily. There are several requirements that must be met by your device so that the OS can run smoothly.
at the very least, your computer must be at least 64-bit with a dual-core CPU speed of 1 GHz. not only that, it has 4 GB of RAM, a minimum of 64 GB of storage media, and a graphic processor (GPU) that the DirectX 12 system.
That's all, a discussion about Microsoft's Windows 11, I hope this information is useful for all.
Next Post Previous Post
No Comment
Add Comment
comment url
NEWS